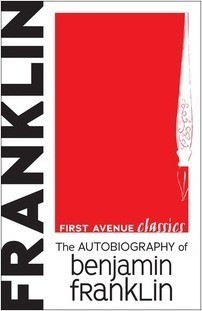 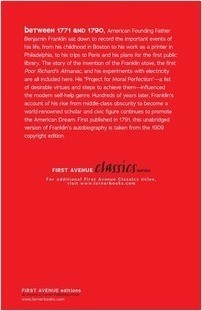 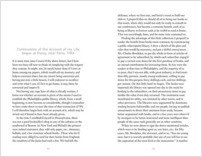 The Autobiography of Benjamin Franklin

Between 1771 and 1790, American Founding Father Benjamin Franklin sat down to record the important events of his life, from his childhood in Boston to his work as a printer in Philadelphia, to his trips to Paris and his plans for the first public library. The story of the invention of the Franklin stove, the first Poor Richard’s Almanac, and his experiments with electricity are all included here. His “Project for Moral Perfection”—a list of desirable virtues and steps to achieve them—influenced the modern self-help genre. Hundreds of years later, Franklin’s account of his rise from middle-class obscurity to become a world-renowned scholar and civic figure continues to promote the American Dream. First published in 1791, this unabridged version of Franklin’s autobiography is taken from the 1909 copyright edition.