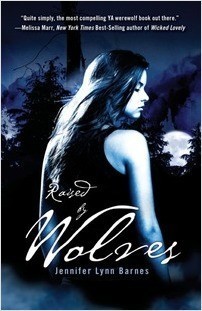 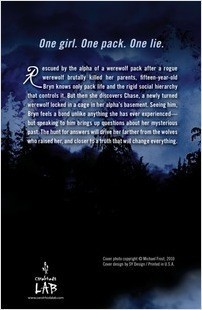 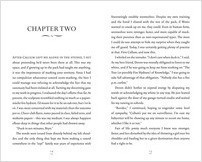 Adopted by the alpha of a werewolf pack after a rogue wolf brutally killed her parents right before her eyes, fifteen-year-old Bryn knows only pack life, and the rigid social hierarchy that controls it. That doesn’t mean that she’s averse to breaking a rule or two. But when her curiosity gets the better of her and she discovers Chase, a new teen locked in a cage in her guardian’s basement, and witnesses him turn into a wolf before her eyes, the horrific memories of her parents’ murders return. Bryn becomes obsessed with getting her questions answered, and Chase is the only one who can provide the information she needs. But in her drive to find the truth, will Bryn push too far beyond the constraints of the pack, forcing her to leave behind her friends, her family, and the identity that she’s shaped? An exciting new paranormal adventure, with a heroine that rivals Buffy, Raised by Wolves will leave you howling for more.

“Barnes weaves a fantastic story line full of great plot twists and turns with a little romance sprinkled in…..[A] great read and a must-have for libraries with fans of the supernatural. " —School Library Journal

“[A]n electrifying conclusion…will have readers cheering (or howling) for Bryn’s triumph.” —The Bulletin of the Center for Children’s Books

“[A]n appealing addition to the ranks of contemporary fantasy-horror.” —Booklist