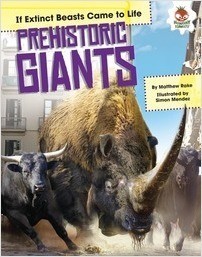 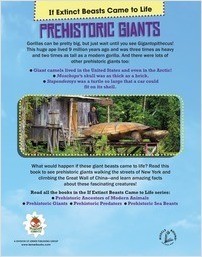 From the Series If Extinct Beasts Came to Life

Gorillas can be pretty big, but just wait until you see Gigantopithecus. This huge ape lived 9 million years ago and was three times as heavy and two times as tall as a modern gorilla. There were lots of other prehistoric giants, too. Giant camels lived in the United States and even in the Arctic. Another beast was Stupendemys—a turtle so large that a car could fit on its shell! What would happen if these giant beasts came to life? Imagine prehistoric giants walking the streets of New York and climbing the Great Wall of China—and learn amazing facts about these fascinating creatures!

“[An] easy-to-read but hard-to-put-down series. . . . Whether dinosaur fans or not, readers of all ages will enjoy this visually stunning, informative, and, at times, humorous look at prehistory—libraries won’t want to miss out.”—School Library Journal

Award-winning illustrator Simon Mendez combines his love of nature and drawing by working as an illustrator with a focus on scientific and natural subjects. He lives in the United Kingdom.

Matthew Rake lives in London and has worked in publishing for more than twenty years. He has written on a wide variety of topics, including science, sports, and the arts. 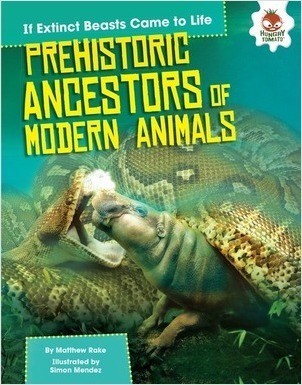 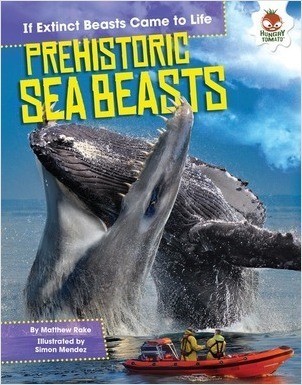