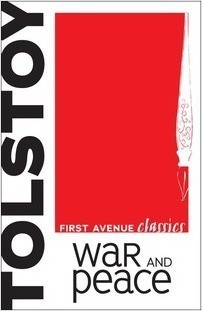 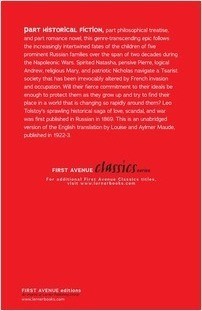 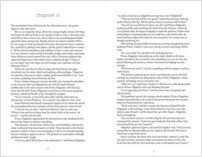 Part historical fiction, part philosophical treatise, and part romance novel, this genre-transcending epic follows the increasingly intertwined fates of the children of five prominent Russian families over the span of two decades during the Napoleonic Wars. Spirited Natasha, pensive Pierre, logical Andrew, religious Mary, and patriotic Nicholas navigate a Tsarist society that has been irrevocably altered by French invasion and occupation. Will their fierce commitment to their ideals be enough to protect them as they grow up and try to find their place in a world that is changing so rapidly around them? Leo Tolstoy’s sprawling historical saga of love, scandal, and war was first published in Russian in 1869. This is an unabridged version of the English translation by Louise and Aylmer Maude, published in 1922-3.