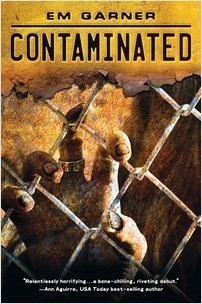 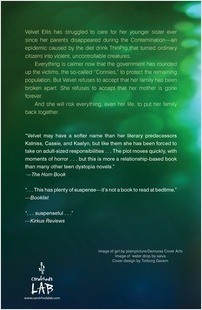 From the Series Contaminated

After the Contamination—an epidemic caused by the super-trendy diet drink SlimPro that turned ordinary citizens into shambling creatures unable to control their violent impulses—the government rounded up the “Connies” to protect the remaining population. But now, two years later, the government’s started sending the rehabilitated back home, complete with shock collars that will either control, or kill, then.

Since her parents were taken in the roundup, Velvet Ellis has struggled to care for her ten-year-old sister and maintain a sense of normalcy, despite brutal government rations and curfews. She goes to the “Kennels” every day searching for her parents, and when she finds her mother, she’s eager to bring her home. Maybe, eventually, they’ll be able to get back to the way things were before.

And then the government declares that the Connies will be rounded up and neutralized, once and for all. Sacrificing everything—her boyfriend, her home, and her job—Velvet will do anything to protect her mother. Velvet has to get the collar off her mother before the military comes to take her away. Even if it means risking all of their lives.

Gritty and grabbing, Contaminated is a harrowing, emotionally charged dystopic venture into YA.

Em Garner began writing at a very young age, always preferring the stories about what goes bump in the night. An avid reader of horror, science-fiction and fantasy, she first turned her hand to short stories about the sorts of things that hide under the bed…and she kept right on going. Now Em spends most of her time in front of her computer, writing away at all the ideas she has swirling around in her head and hoping she can get them into a story before she forgets them. She loves zombies, unicorns, and rainbows, the color purple and the smell of roses. She hates the smell of lilies, the feeling of corduroy and biting sandpaper. (Well. Who doesn't?) She lives at the beach with her family, where she spends a lot of time reading and sticking her feet in the sand. She is afraid of sharks, but that doesn't stop her from going in the water. 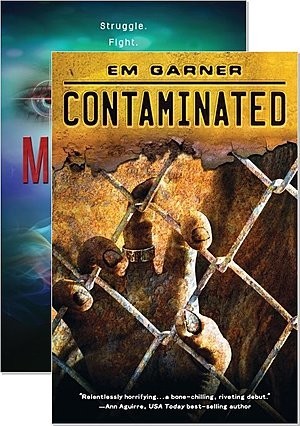