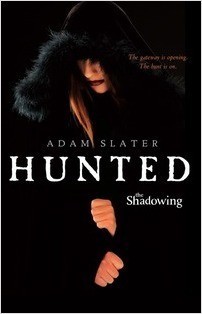 From the Series The Shadowing

Once every century, the barrier between the human world and the demon realm begins to break down. Creatures gather, anxiously waiting to cross the divide, to bring death and destruction from their world to ours. This time is called The Shadowing.

Callum Scott has always known that there is a supernatural world out there—he’s seen ghosts for as long as he can remember. Lately, he’s had visions of children being brutally murdered by a terrifying creature. Then the visions start coming true, and Callum realizes that he’s being hunted, too. Driven by a dark destiny, he must stand against the demons that threaten our world. And The Shadowing is almost here. . .