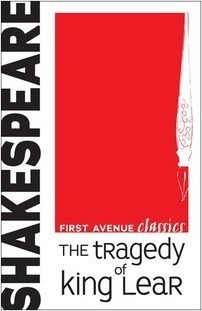 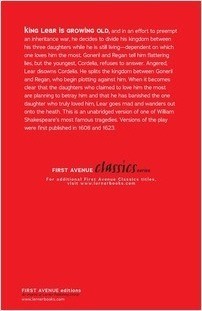 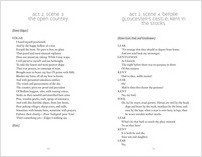 The Tragedy of King Lear

King Lear is growing old, and in an effort to preempt an inheritance war, he decides to divide his kingdom between his three daughters while he is still living—dependent on which one loves him the most. Goneril and Regan tell him flattering lies, but the youngest, Cordelia, refuses to answer. Angered, Lear disowns Cordelia. He splits the kingdom between Goneril and Regan, who begin plotting against him. When it becomes clear that the daughters who claimed to love him the most are planning to betray him and that he has banished the one daughter who truly loved him, Lear goes mad and wanders out onto the heath. This is an unabridged version of one of William Shakespeare’s most famous tragedies. Versions of the play were first published in 1608 and 1623.