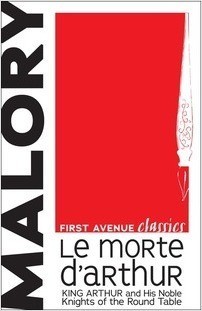 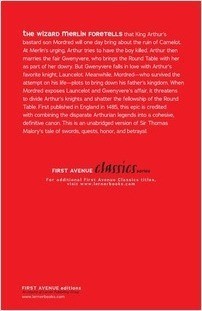 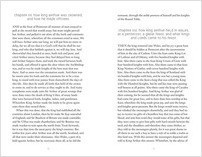 King Arthur and His Noble Knights of the Round Table

The wizard Merlin foretells that King Arthur’s bastard son Mordred will one day bring about the ruin of Camelot. At Merlin’s urging, Arthur tries to have the boy killed. Arthur then marries the fair Gwenyvere, who brings the Round Table with her as part of her dowry. But Gwenyvere falls in love with Arthur’s favorite knight, Launcelot . Meanwhile, Mordred—who survived the attempt on his life—plots to bring down his father’s kingdom. When Mordred exposes Launcelot and Gwenyvere’s affair, it threatens to divide Arthur’s knights and shatter the fellowship of the Round Table. First published in England in 1485, this epic is credited with combining the disparate Arthurian legends into a cohesive, definitive canon. This is an unabridged version of Sir Thomas Malory’s tale of swords, quests, honor, and betrayal.