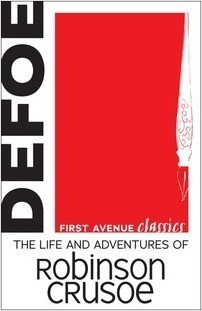 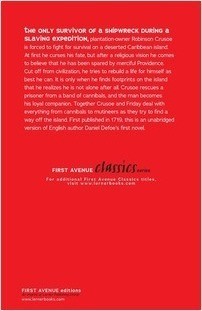 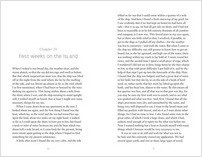 The Life and Adventures of Robinson Crusoe

The only survivor of a shipwreck during a slaving expedition, plantation-owner Robinson Crusoe is forced to fight for survival on a deserted Caribbean island. At first he curses his fate, but after a religious vision he comes to believe that he has been spared by merciful Providence. Cut off from civilization, he tries to rebuild a life for himself as best he can. It is only when he finds footprints on the island that he realizes he is not alone after all. Crusoe rescues a prisoner from a band of cannibals, and the man becomes his loyal companion. Together Crusoe and Friday deal with everything from cannibals to mutineers as they try to find a way off the island. First published in 1719, this is an unabridged version of English author Daniel Defoe’s first novel.