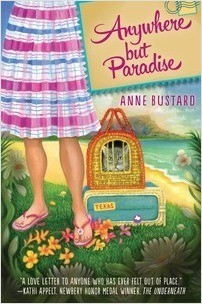 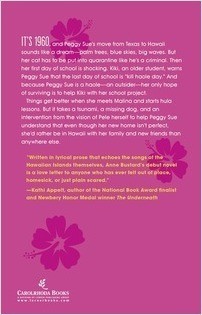 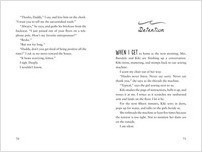 Moving from Texas to Hawaii in 1960, 12-year-old Peggy Sue faces a difficult transition when she is bulled as one of the few haole (white) students in her school. This lyrical debut novel is perfect for Common Core classroom connections.

It’s 1960 and Peggy Sue has just been transplanted from Texas to Hawaii for her father’s new job. Her cat, Howdy, is stuck in animal quarantine, and she’s baffled by Hawaiian customs and words. Worst of all, eighth-grader Kiki Kahana targets Peggy Sue because she is haole—white—warning her that unless she does what Kiki wants, she will be a victim on “kill haole day,” the last day of school. Peggy Sue’s home ec teacher insists that she help Kiki with her sewing project or risk failing. Life looks bleak until Peggy Sue meets Malina, whose mother gives hula lessons. But when her parents take a trip to Hilo, leaving Peggy Sue at Malina’s, life takes an unexpected twist in the form of a tsunami. Peggy Sue is knocked unconscious and wakes to learn that her parents’ whereabouts are unknown. Peggy Sue has to summon all her courage to have hope that they will return safely.

Anne Bustard is the former co-owner of the children's bookstore Toad Hall Bookshop in Austin and an MFA graduate of Vermont College of Fine Arts. Her picture book biography, Buddy: The Story of Buddy Holly (S&S/Wiseman 2005) was an IRA Notable Book and a Bank Street Book of the Year. Like Peggy Sue, Anne has lived in both Texas and Hawaii. The author lives in Austin, Texas.