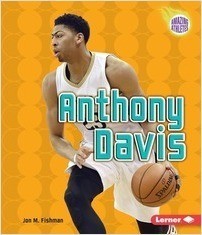 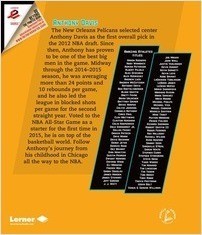 The New Orleans Pelicans selected center Anthony Davis as the first overall pick in the 2012 NBA draft. Since then, Anthony has proven to be one of the best big men in the game. Midway through the 2014-2015 season, he was averaging more than 24 points and 10 rebounds per game, and he also led the league in blocked shots per game for the second straight year. Voted to the NBA All-Star Game as a starter for the first time in 2015, he is on top of the basketball world. Follow Anthony’s journey from his childhood in Chicago all the way to the NBA.