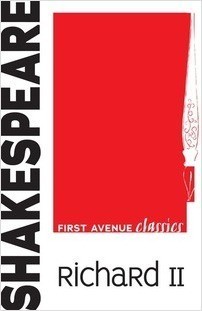 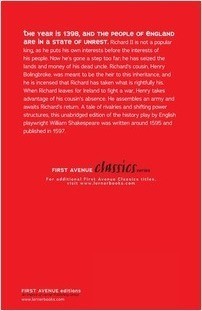 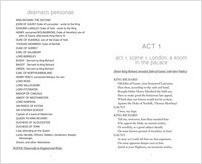 The year is 1398, and the people of England are in a state of unrest. Richard II is not a popular king, as he puts his own interests before the interests of his people. Now he’s gone a step too far; he has seized the lands and money of his dead uncle. Richard’s cousin, Henry Bolingbroke, was meant to be the heir to this inheritance, and he is incensed that Richard has taken what is rightfully his. When Richard leaves for Ireland to fight a war, Henry takes advantage of his cousin’s absence. He assembles an army and awaits Richard’s return. A tale of rivalries and shifting power structures, this unabridged edition of the history play by English playwright William Shakespeare was written around 1595 and published in 1597.