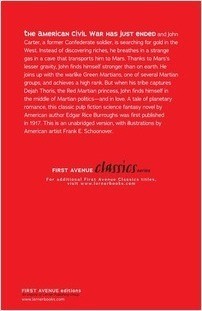 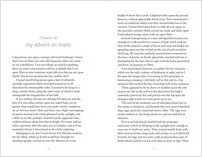 A Princess of Mars

The American Civil War has just ended and John Carter, a former Confederate soldier, is searching for gold in the West. Instead of discovering riches, he breathes in a strange gas in a cave that transports him to Mars. Thanks to Mars’s lesser gravity, John finds himself stronger than on earth. He joins up with the warlike Green Martians, one of several Martian groups, and achieves a high rank. But when his tribe captures Dejah Thoris, the Red Martian princess, John finds himself in the middle of Martian politics—and in love. A tale of planetary romance, this classic pulp fiction science fantasy novel by American author Edgar Rice Burroughs was first published in 1917. This is an unabridged version, with illustrations by American artist Frank E. Schoonover.