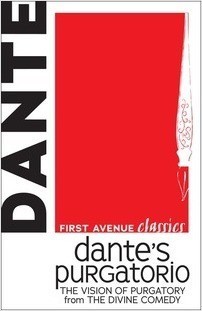 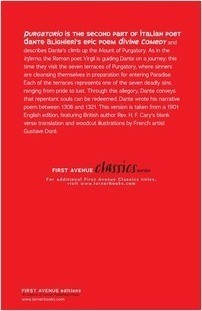 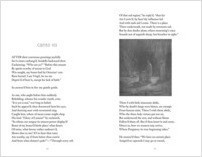 The Vision of Purgatory from The Divine Comedy

Purgatorio is the second part of Italian poet Dante Alighieri’s epic poem Divine Comedy and describes Dante’s climb up the Mount of Purgatory. As in the Inferno, the Roman poet Virgil is guiding Dante on a journey; this time they visit the seven terraces of Purgatory, where sinners are cleansing themselves in preparation for entering Paradise. Each of the terraces represents one of the seven deadly sins, ranging from pride to lust. Through this allegory, Dante conveys that repentant souls can be redeemed. Dante wrote his narrative poem between 1308 and 1321. This version is taken from a 1901 English edition, featuring British author Rev. H. F. Cary’s blank verse translation and woodcut illustrations by French artist Gustave Doré.