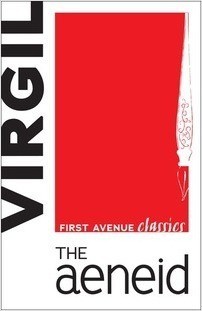 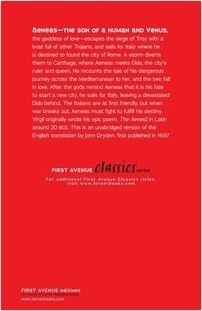 Aeneas—the son of a human and Venus, the goddess of love—escapes the siege of Troy with a boat full of other Trojans, and sails for Italy where he is destined to found the city of Rome. A storm diverts them to Carthage, where Aeneas meets Dido, the city’s ruler and queen. He recounts the tale of his dangerous journey across the Mediterranean to her, and the two fall in love. After the gods remind Aeneas that it is his fate to start a new city, he sails for Italy, leaving a devastated Dido behind. The Italians are at first friendly, but when war breaks out, Aeneas must fight to fulfill his destiny. Virgil originally wrote his epic poem, The Aeneid, in Latin around 20 BCE. This is an unabridged version of the English translation by John Dryden, first published in 1697.