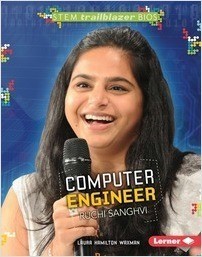 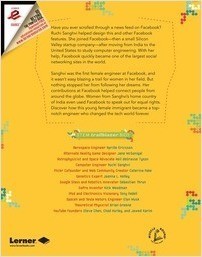 Have you ever scrolled through a news feed on Facebook? Ruchi Sanghvi helped design this and other Facebook features. She joined Facebook—then a small Silicon Valley startup company—after moving from India to the United States to study computer engineering. With her help, Facebook quickly became one of the largest social networking sites in the world.

Sanghvi was the first female engineer at Facebook, and it wasn’t easy blazing a trail for women in her field. But nothing stopped her from following her dreams. Her contributions at Facebook helped connect people from around the globe. Even women from Sanghvi’s home country of India used Facebook to speak out for equal rights. Discover how this young female immigrant became a top-notch engineer who changed the tech world forever.