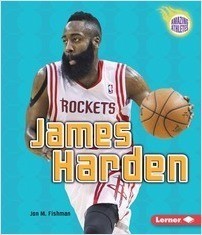 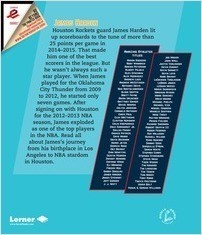 Houston Rockets guard James Harden lit up scoreboards to the tune of more than 25 points per game in 2014-2015. That made him one of the best scorers in the league. But he wasn’t always such a star player. When James played for the Oklahoma City Thunder from 2009 to 2012, he started only seven games. After signing on with Houston for the 2012-2013 NBA season, James exploded as one of the top players in the NBA. Read all about James’s journey from his birthplace in Los Angeles to NBA stardom in Houston.