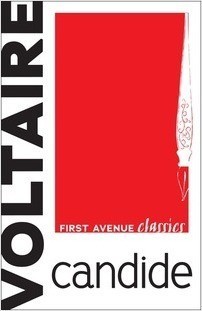 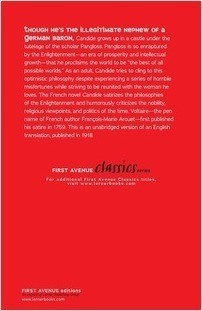 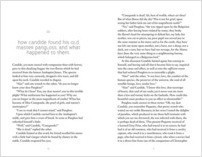 Though he’s the illegitimate nephew of a German baron, Candide grows up in a castle under the tutelage of the scholar Pangloss. Pangloss is so enraptured by the Enlightenment—an era of prosperity and intellectual growth—that he proclaims the world to be “the best of all possible worlds.” As an adult, Candide tries to cling to this optimistic philosophy despite experiencing a series of horrible misfortunes while striving to be reunited with the woman he loves. The French novel Candide satirizes the philosophies of the Enlightenment and humorously criticizes the nobility, religious viewpoints, and politics of the time. Voltaire—the pen name of French author François-Marie Arouet—first published his satire in 1759. This is an unabridged version of an English translation, published in 1918.