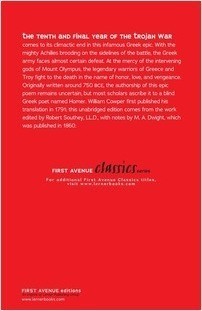 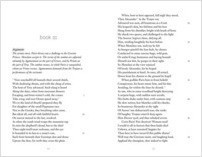 The tenth and final year of the Trojan War comes to its climactic end in this infamous Greek epic. With the mighty Achilles brooding on the sidelines of the battle, the Greek army faces almost certain defeat. At the mercy of the intervening gods of Mount Olympus, the legendary warriors of Greece and Troy fight to the death in the name of honor, love, and vengeance. Originally written around 750 BCE, the authorship of this epic poem remains uncertain, but most scholars ascribe it to a blind Greek poet named Homer. William Cowper first published his translation in 1791; this unabridged edition comes from the work edited by Robert Southey, LL.D., with notes by M. A. Dwight, which was published in 1860.