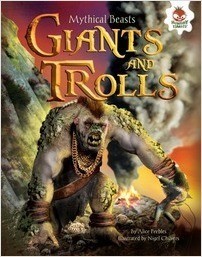 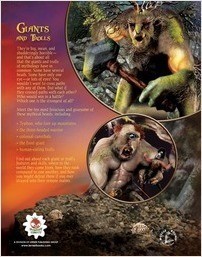 They’re big, mean, and shudderingly horrible—and that’s about all that the giants and trolls of mythology have in common. Some have several heads. Some have only one eye—or lots of eyes! You wouldn’t want to cross paths with any of them. But what if they crossed paths with each other? Who would win in a battle? Which one is the strongest of all?

Meet the ten most ferocious and gruesome of these mythical beasts, including:

Find out about each giant or troll’s features and skills, where in the world they come from, how they rank compared to one another, and how you might defeat them if you ever strayed into their remote realms.

“Brief but gruesome narratives . . . mirror the action in Chilvers’s digital collages. . . . Peebles includes tips for readers who might face these creatures in the wild (hint: have salt or an arrow dipped in hydra blood handy).”—Publishers Weekly