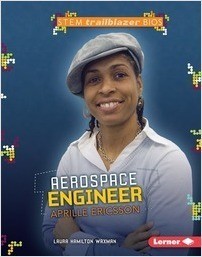 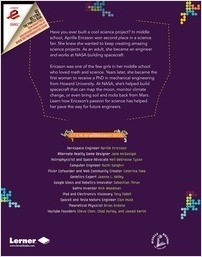 Have you ever built a cool science project? In middle school, Aprille Ericsson won second place in a science fair. She knew she wanted to keep creating amazing science projects. As an adult, she became an engineer and works at NASA building spacecraft.

Ericsson was one of the few girls in her middle school who loved math and science. Years later, she became the first woman to receive a PhD in mechanical engineering from Howard University. At NASA, she’s helped build spacecraft that can map the moon, monitor climate change, or even bring soil and rocks back from Mars. Learn how Ericsson’s passion for science has helped her pave the way for future engineers.