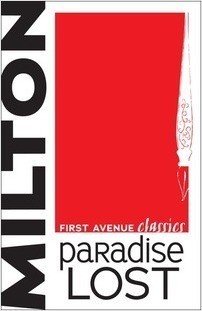 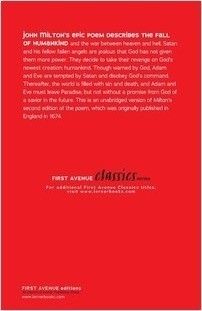 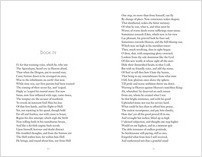 John Milton’s epic poem describes the fall of humankind and the war between heaven and hell. Satan and his fellow fallen angels are jealous that God has not given them more power. They decide to take their revenge on God’s newest creation: humankind. Though warned by God, Adam and Eve are tempted by Satan and disobey God’s command. Thereafter, the world is filled with sin and death, and Adam and Eve must leave Paradise, but not without a promise from God of a savior in the future. This is an unabridged version of Milton’s second edition of the poem, which was originally published in England in 1674.