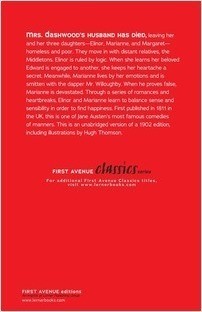 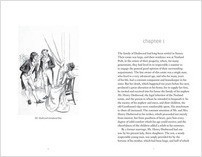 Mrs. Dashwood’s husband has died, leaving her and her three daughters—Elinor, Marianne, and Margaret—homeless and poor. They move in with distant relatives, the Middletons. Elinor is ruled by logic. When she learns her beloved Edward is engaged to another, she keeps her heartache a secret. Meanwhile, Marianne lives by her emotions and is smitten with the dapper Mr. Willoughby. When he proves false, Marianne is devastated. Through a series of romances and heartbreaks, Elinor and Marianne learn to balance sense and sensibility in order to find happiness. First published in 1811 in the UK, this is one of Jane Austen’s most famous comedies of manners. This is an unabridged version of a 1902 edition, including illustrations by Hugh Thomson.