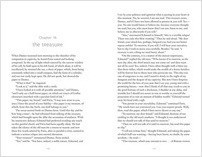 The Count of Monte Cristo

Betrayed by his closest companions who are jealous of his success and his beautiful fiancée, Edmond Dantès is wrongfully imprisoned in Château d’If in France. The prison is home to the most dangerous political prisoners, but Edmond befriends a wealthy Italian priest, who tells Edmond of his buried treasure on the island of Monte Cristo. After a daring escape, Edmond digs up the treasure, transforms into the rich Count of Monte Cristo, and seeks revenge on his deceitful friends. A tale full of adventure and intrigue, Alexandre Dumas’s novel calls into question the merits of vengeance and forgiveness. Published serially in France from 1844 to 1846, this is an unabridged version of the English translation.