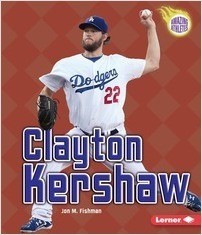 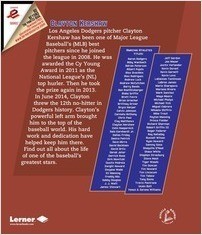 Los Angeles Dodgers pitcher Clayton Kershaw has been one of Major League Baseball’s (MLB) best pitchers since he joined the league in 2008. He was awarded the Cy Young Award in 2011 as the National League’s (NL) top hurler. Then he took the prize again in 2013. In June 2014, Clayton threw the 12th no-hitter in Dodgers history. Clayton’s powerful left arm brought him to the top of the baseball world. His hard work and dedication have helped keep him there. Find out all about the life of one of the baseball’s greatest stars.