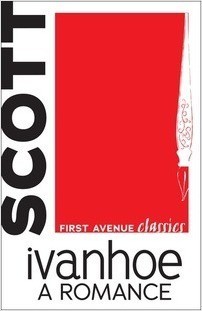 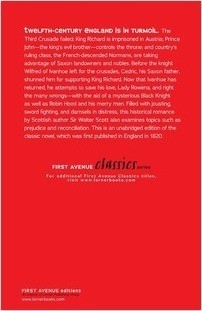 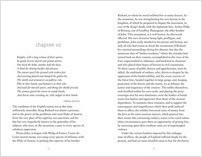 Twelfth-century England is in turmoil. The Third Crusade failed; King Richard is imprisoned in Austria; Prince John—the king’s evil brother—controls the throne; and country’s ruling class, the French-descended Normans, are taking advantage of Saxon landowners and nobles. Before the knight Wilfred of Ivanhoe left for the crusades, Cedric, his Saxon father, shunned him for supporting King Richard. Now that Ivanhoe has returned, he attempts to save his love, Lady Rowena, and right the many wrongs—with the aid of a mysterious Black Knight as well as Robin Hood and his merry men. Filled with jousting, sword fighting, and damsels in distress, this historical romance by Scottish author Sir Walter Scott also examines topics such as prejudice and reconciliation. This is an unabridged edition of the classic novel, which was first published in England in 1820.