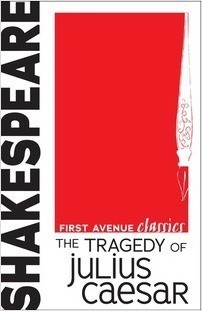 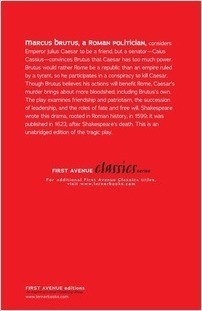 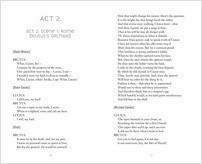 The Tragedy of Julius Caesar

Marcus Brutus, a Roman politician, considers Emperor Julius Caesar to be a friend, but a senator—Caius Cassius—convinces Brutus that Caesar has too much power. Brutus would rather Rome be a republic than an empire ruled by a tyrant, so he participates in a conspiracy to kill Caesar. Though Brutus believes his actions will benefit Rome, Caesar’s murder brings about more bloodshed, including Brutus’s own. The play examines friendship and patriotism, the succession of leadership, and the roles of fate and free will. Shakespeare wrote this drama, rooted in Roman history, in 1599; it was published in 1623, after Shakespeare’s death. This is an unabridged edition of the tragic play.