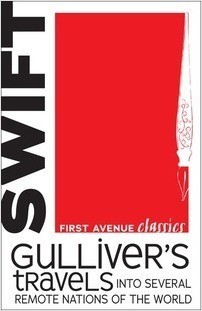 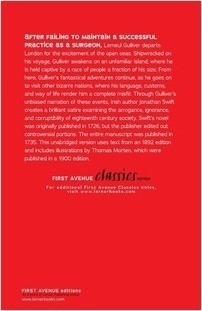 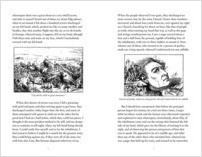 Gulliver's Travels into Several Remote Nations of the World

After failing to maintain a successful practice as a surgeon, Lemeul Gulliver departs London for the excitement of the open seas. Shipwrecked on his voyage, Gulliver awakens on an unfamiliar island, where he is held captive by a race of people a fraction of his size. From here, Gulliver’s fantastical adventures continue, as he goes on to visit other bizarre nations, where his language, customs, and way of life render him a complete misfit. Through Gulliver’s unbiased narration of these events, Irish author Jonathan Swift creates a brilliant satire examining the arrogance, ignorance, and corruptibility of eighteenth century society. Swift’s novel was originally published in 1726, but the publisher edited out controversial portions. The entire manuscript was published in 1735. This unabridged version uses text from an 1892 edition and includes illustrations by Thomas Morten, which were published in a 1900 edition.