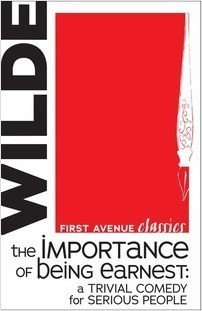 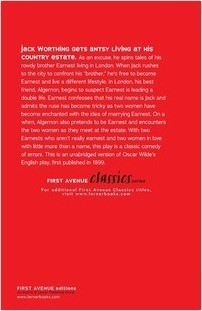 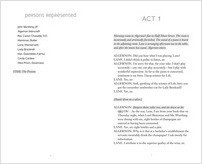 The Importance of Being Earnest

A Trivial Comedy for Serious People

Jack Worthing gets antsy living at his country estate. As an excuse, he spins tales of his rowdy brother Earnest living in London. When Jack rushes to the city to confront his “brother,” he’s free to become Earnest and live a different lifestyle. In London, his best friend, Algernon, begins to suspect Earnest is leading a double life. Earnest confesses that his real name is Jack and admits the ruse has become tricky as two women have become enchanted with the idea of marrying Earnest. On a whim, Algernon also pretends to be Earnest and encounters the two women as they meet at the estate. With two Earnests who aren’t really earnest and two women in love with little more than a name, this play is a classic comedy of errors. This is an unabridged version of Oscar Wilde’s English play, first published in 1899.