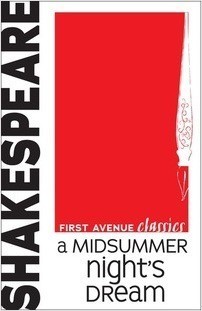 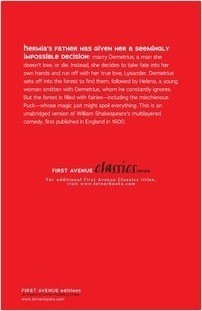 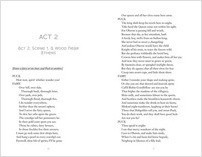 Hermia’s father has given her a seemingly impossible decision: marry Demetrius, a man she doesn’t love, or die. Instead, she decides to take fate into her own hands and run off with her true love, Lysander. Demetrius sets off into the forest to find them, followed by Helena, a young woman smitten with Demetrius, whom he constantly ignores. But the forest is filled with fairies—including the mischievous Puck—whose magic just might spoil everything. This is an unabridged version of William Shakespeare’s multilayered comedy, first published in England in 1600.