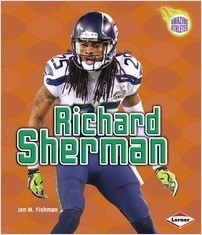 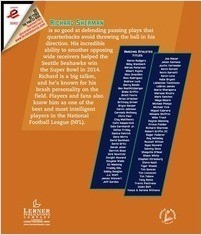 Richard Sherman is so good at defending passing plays that quarterbacks avoid throwing the ball in his direction. His incredible ability to smother opposing wide receivers helped the Seattle Seahawks win the Super Bowl in 2014. Richard is a big talker, and he’s known for his brash personality on the field. Players and fans also know him as one of the best and most intelligent players in the National Football League (NFL).