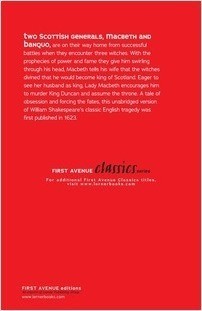 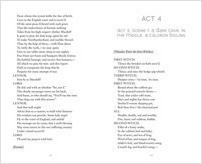 Two Scottish generals, Macbeth and Banquo, are on their way home from successful battles when they encounter three witches. With the prophecies of power and fame they give him swirling through his head, Macbeth tells his wife that the witches divined that he would become king of Scotland. Eager to see her husband as king, Lady Macbeth encourages him to murder King Duncan and assume the throne. A tale of obsession and forcing the fates, this unabridged version of William Shakespeare’s classic English tragedy was first published in 1623.