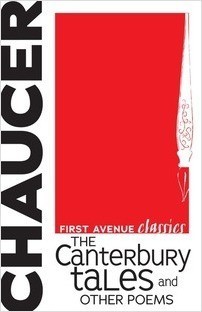 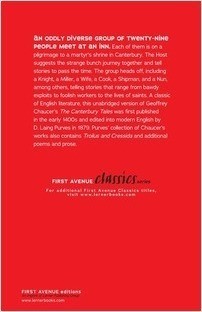 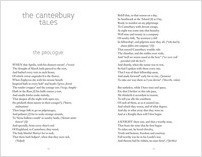 The Canterbury Tales and Other Poems

An oddly diverse group of twenty-nine people meet at an inn. Each of them is on a pilgrimage to a martyr’s shrine in Canterbury. The Host suggests the strange bunch journey together and tell stories to pass the time. The group heads off, including a Knight, a Miller, a Wife, a Cook, a Shipman, and a Nun, among others, telling stories that range from bawdy exploits to foolish workers to the lives of saints. A classic of English literature, this unabridged version of Geoffrey Chaucer’s The Canterbury Tales was first published in the early 1400s and edited into modern English by D. Laing Purves in 1879. Purves’s collection of Chaucer’s works also contains Troilus and Cressida and additional poems and prose.