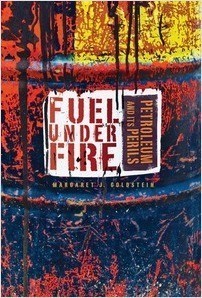 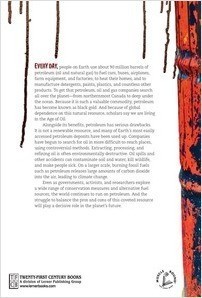 Petroleum and Its Perils

Every day, people on Earth use about 90 million barrels of petroleum (oil and natural gas) to fuel cars, buses, airplanes, farm equipment, and factories; to heat their homes; and to manufacture detergents, paints, plastics, and countless other products. To get that petroleum, oil and gas companies search all over the planet—from northernmost Canada to deep under the ocean. Because it is such a valuable commodity, petroleum has become known as black gold. And because of global dependence on this natural resource, scholars say we are living in the Age of Oil.

Alongside its benefits, petroleum has serious drawbacks. It is not a renewable resource, and many of Earth’s most easily accessed petroleum deposits have been used up. Companies have begun to search for oil in more difficult-to-reach places, using controversial methods. Extracting, processing, and refining oil is often environmentally destructive. Oil spills and other accidents can contaminate soil and water, kill wildlife, and make people sick. On a larger scale, burning fossil fuels such as petroleum releases large amounts of carbon dioxide into the air, leading to climate change.

Even as governments, activists, and researchers explore a wide range of conservation measures and alternative fuel sources, the world continues to run on petroleum. And the struggle to balance the pros and cons of this coveted resource will play a decisive role in the planet’s future.

“In a clear, cautionary presentation, Goldstein takes readers into the world of fossil fuels….a stellar treatment of energy issues. A top-shelf explication of the energy world, measured but pulling no punches.”―starred, Kirkus Reviews

“[A] well-written, handsome volume….This is a balanced and thought-provoking look at the issue….An excellent option for reports.”―School Library Journal