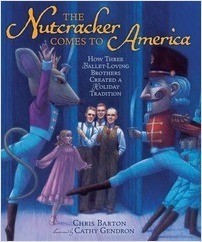 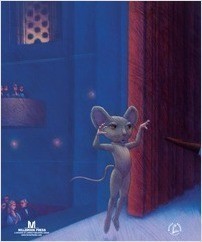 The Nutcracker Comes to America

Every December, The Nutcracker comes to life in theaters all across the United States. But how did this 19th-century Russian ballet become such a big part of the holidays in 21st-century America?

Meet Willam, Harold, and Lew Christensen, three small-town Utah boys who caught the ballet bug from an uncle in the early 1900s. They performed alongside elephants and clowns on vaudeville, immersed themselves in the New York City dance scene, and even put on a ballet featuring gangsters at a gas station. Russian immigrants shared the story of The Nutcracker with them, and during World War II—on a shoestring budget and in need of a hit—they staged their own Christmastime production in San Francisco. It was America’s first full-length version and the beginning of a delightful holiday tradition.

Follow along and learn how The Nutcracker came to be performed all across the United States from these truly humble beginnings.

“This is a good book to share with children after seeing a performance of The Nutcracker.”—The Horn Book Magazine

“This well-researched history [is] . . . a terrific choice for fans of The Nutcracker and all things ballet.”—starred, School Library Journal

“Even readers familiar with The Nutcracker will probably learn a good deal from this engaging picture book. Bravo! Brava!”—starred, Booklist

“Nutcracker aficionados can enjoy a background overture to a Christmas classic.”—Kirkus Reviews

Cathy Gendron has been an illustrator for more than twenty years. She is also a teacher at the College for Creative Studies in Detroit. She lives and works in Ann Arbor, Michigan.