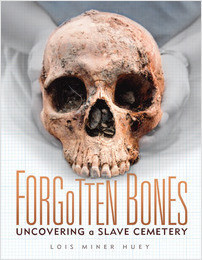 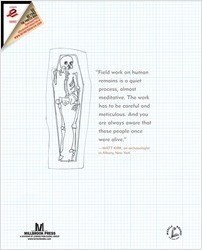 “Huey, a New York state archaeologist, ably guides readers through the excavation . . . and the way comparative studies broaden our perspective on the rigors of slave life.”—The Bulletin of the Center for Children’s Books

“[A] fascinating glimpse into how archaeologists piece together the past . . . this account provides a vivid description of both the eighteenth-century slave experience and the field of archaeology.”—Booklist

“A solid choice for libraries that serve middle school students, this title will appeal to some would-be archaeologists and is a great addition to classrooms as well.”—School Library Journal

“A fascinating, informative insider’s look at how science is used to reconstruct the past.”—Kirkus Reviews

An ordinary construction project uncovers an extraordinary archaeological discovery. Imagine you’re watching a backhoe dig up the ground for a construction project when a round object rolls down a pile of dirt and stops at your feet. You pick it up,… View available downloads →