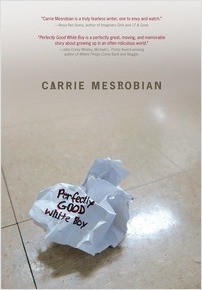 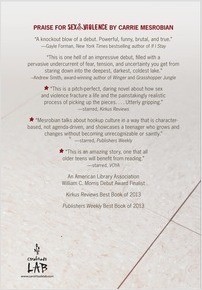 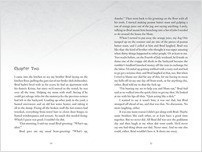 “You never know where we’ll end up. There’s so much possibility in life, you know?” Hallie said. Sean Norwhalt can read between the lines. He knows Hallie’s just dumped him. He was a perfectly good summer boyfriend, but now she’s off to college, and he’s still got another year to go. Her pep talk about futures and “possibilities” isn’t exactly comforting. Sean’s pretty sure he’s seen his future and its “possibilities,” and they all look DISPOSABLE. Like the crappy rental his family moved into when his dad left. Like all the unwanted filthy old clothes he stuffs into the rag baler at his thrift-store job. Like everything good he’s ever known. The only hopeful possibilities in Sean’s life are the Marine Corps, where no one expected he’d go, and Neecie Albertson, whom he never expected to care about. Carrie Mesrobian follows her critically acclaimed debut, Sex & Violence, with another powerful and wrenching portrait of a teenage boy on the precipice of the new American future.

“This slice-of-life novel should appeal to mature readers who are puzzling through their own nexus of paths towards the future.” —Booklist

“Mesrobian… excels at conveying the awkwardness and wonder of sex…. [She] deftly conveys just how much drama there is in the everyday, especially for a 17-year-old trying to figure out not just what’s next, but what’s happening right now.” —starred, Publishers Weekly

“©harged with a truth and an ambiguity that makes hope and love believable.” —Star Tribune

“Engaging, perceptive, witty and at times gut-wrenchingly sad—this is an extraordinary addition to fiction for teens and adults alike.” —starred, Kirkus Reviews

“Raw and unflinching, this is a skilled portrait of an eighteen-year-old on the edge of making a decision that will shape the whole rest of his life. Carrie Mesrobian is a truly fearless writer, one to envy and watch.” —Nova Ren Suma, author of Imaginary Girls and 17 & Gone

“Carrie Mesrobian writes with a raw, courageous honesty that begs readers to pay attention. Perfectly Good White Boy is a perfectly great, moving, and memorable story about growing up in an often ridiculous world.” —John Corey Whaley, Printz Award-winning author of Where Things Come Back and Noggin

Carrie Mesrobian is an instructor at the Loft Literary Center in Minneapolis. Her debut novel, Sex & Violence, was called one of the best books of 2013 by Kirkus Reviews and Publishers Weekly and was a finalist for the American Library Association's William C. Morris Award for best debut young adult novel. A native Minnesotan, she lives with her husband, daughter, and dog.