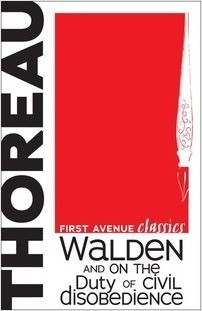 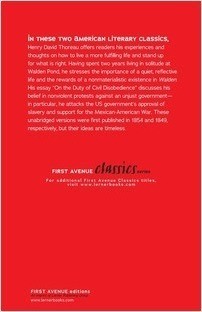 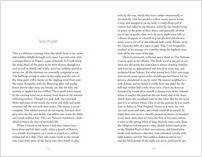 Walden, and On the Duty of Civil Disobedience

In these two American literary classics, Henry David Thoreau offers readers his experiences and thoughts on how to live a more fulfilling life and stand up for what is right. Having spent two years living in solitude at Walden Pond, he stresses the importance of a quiet, reflective life and the rewards of a nonmaterialistic existence in Walden. His essay “On the Duty of Civil Disobedience” discusses his belief in nonviolent protests against an unjust government—in particular, he attacks the US government’s approval of slavery and support for the Mexican-American War. These unabridged versions were first published in 1854 and 1849, respectively, but their ideas are timeless.