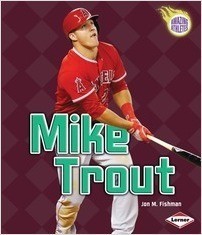 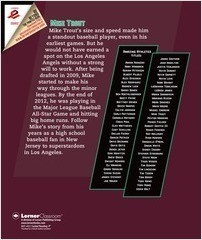 Mike Trout’s size and speed have made him a standout baseball player, even in his earliest games. But he would not have earned a spot on the Los Angeles Angels without a strong will to work. After being drafted in 2009, Mike started to make his way through the minor leagues. By the end of 2012, he was playing in the Major League Baseball All-Star Game and hitting big home runs. Follow Mike’s story from his years as a high school baseball fan in New Jersey to superstardom in Los Angeles.