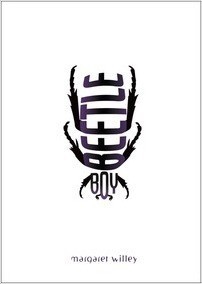 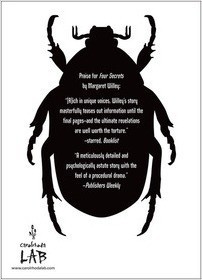 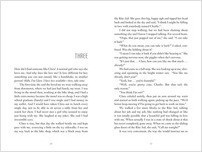 When he was seven, Charlie Porter never intended to become the world’s youngest published author. He just wanted his father to stop crying. So he told him a story about a talking beetle—a dumb little story his mother made up to make him feel better. (That was before she left and feeling “better” became impossible.) But Charlie’s story not only made his father stop crying. It made him start planning. The story became a book, and then it became school events and book festivals, and a beetle costume, and a catchphrase—"I was born to write!"

Because of the story, Charlie stayed seven until he was ten. And then it all ended. Or it should have. Now Charlie is eighteen, and the beetles still haunt his dreams. The childhood he never really had is about to end . . . but there’s still a chance to have a story of his own. Beetle Boy is a novel of a broken family, the long shadow of neglect, and the light of small kindnesses.

“The strata of Charlie’s trauma peel back gradually through dreams and flashbacks to reveal a highly sensitive boy who was badly used and then abandoned by his opportunistic father; readers will feel the ache screaming from his dreams into his waking responses, which would otherwise seem inexplicably harsh.” —starred, The Bulletin for the Center for Children’s Books

“Willey (Four Secrets) returns with a riveting story about being robbed of one’s childhood…. A potent story about the power that the past exerts on the present.” —starred, Publishers Weekly

“Willey takes readers along on Charlie’s painful journey back to physical and emotional health via a meandering timeline of flashbacks, dreams and wrenching conversations, skillfully weaving together the bits and pieces of his life…. Demanding—and riveting.” —starred, Kirkus Reviews

“The emotional revelations are well paced and the characters feel real and believable, which is an extraordinary feat considering the range of personalities present in the text…. Many of the lessons and ideas that can be taken away from this text would be powerful discussion fodder for high school students.” —School Library Journal

Margaret Willey has been writing for many years in many different genres. All of her books and stories come from a personal place, either something that happened to her or something she witnessed at close range. Like her previous novel from Carolrhoda Lab, Four Secrets (2012), Beetle Boy is about bullying, but a different kind of bullying—the kind inflicted on children by their parents. Beetle Boy was inspired by a real boy who was completely under his father's control and trying to make the best of it until he could escape. Margaret lives in Grand Haven with her husband, Richard Joanisse, and she is currently working on a new novel and a collection of essays about her childhood in Michigan.