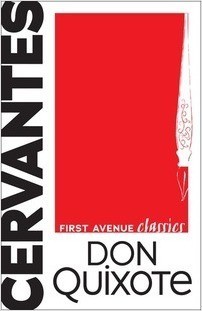 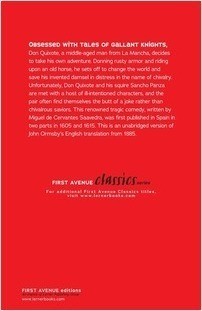 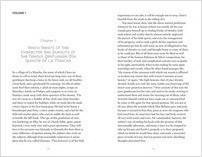 Obsessed with tales of gallant knights, Don Quixote, a middle-aged man from La Mancha, decides to take his own adventure. Donning rusty armor and riding upon an old horse, he sets off to change the world and save his invented damsel in distress in the name of chivalry. Unfortunately, Don Quixote and his squire Sancho Panza are met with a host of ill-intentioned characters, and the pair often find themselves the butt of a joke rather than chivalrous saviors. This renowned tragic comedy, written by Miguel de Cervantes Saavedra, was first published in Spain in two parts in 1605 and 1615. This is an unabridged version of John Ormsby’s English translation from 1885.