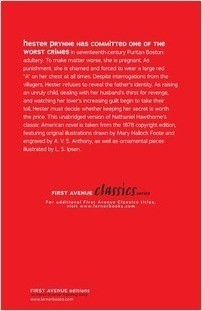 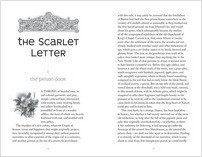 Hester Prynne has committed one of the worst crimes in seventeenth-century Puritan Boston: adultery. To make matter worse, she is pregnant. As punishment, she is shamed and forced to wear a large red “A” on her chest at all times. Despite interrogations from the villagers, Hester refuses to reveal the father’s identity. As raising an unruly child, dealing with her husband’s thirst for revenge, and watching her lover’s increasing guilt begin to take their toll, Hester must decide whether keeping her secret is worth the price. This unabridged version of Nathaniel Hawthorne’s classic American novel is taken from the 1878 copyright edition, featuring original illustrations drawn by Mary Hallock Foote and engraved by A. V. S. Anthony, as well as ornamental pieces illustrated by L. S. Ipsen.