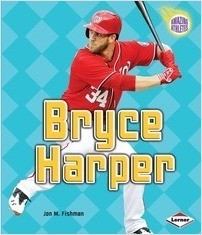 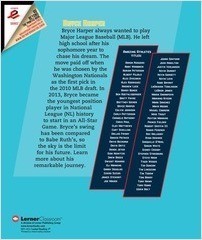 Bryce Harper always wanted to play Major League Baseball (MLB). He left high school after his sophomore year to chase his dream. The move paid off when he was chosen by the Washington Nationals as the first pick in the 2010 MLB draft. In 2013, Bryce became the youngest position player in National League (NL) history to start in an All-Star Game. Bryce’s swing has been compared to Babe Ruth’s, so the sky is the limit for his future. Learn more about his remarkable journey.