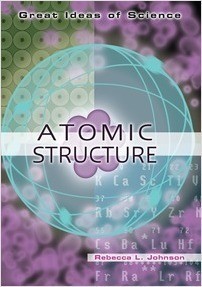 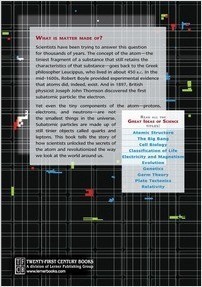 What is matter made of? Scientists have been trying to answer this question for thousands of years. The concept of the atom—the tiniest fragment of a substance that still retains the characteristics of that substance—goes back to the Greek philosopher Leucippus, who lived in about 450 b.c. In the mid-1600s, Robert Boyle provided experimental evidence that atoms did, indeed, exist. And in 1897, British physicist Joseph John Thomson discovered the first subatomic particle: the electron. Yet even the tiny components of the atom—protons, electrons, and neutrons—are not the smallest things in the universe. Subatomic particles are made up of still tinier objects called quarks and leptons. This book tells the story of how scientists unlocked the secrets of the atom and revolutionized the way we look at the world around us.