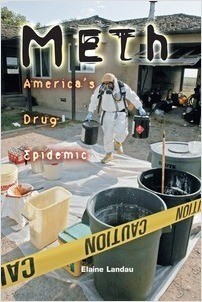 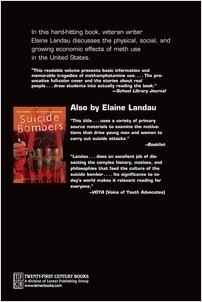 Once considered the “poor man’s cocaine,” methamphetamine has seeped into the mainstream in the United States. It is estimated that more than 12 million people have tried the drug, and 1.4 million used it during the past year. Meth-making operations have been uncovered in all fifty states and police departments across the nation now rank methamphetamine as the number one drug they battle today. In this eye-opening title, author Elaine Landau examines both the meth epidemic and its social implications. First, she looks at the drug itself—how its history and its many forms shape the problem today, how meth affects the user’s body, and how the drug’s long-term effects complicate addiction issues. In addition, Landau investigates meth’s cost to society, what perils meth labs present to their surroundings, how police and lawmakers are attempting to deal with the problems, and how the situation continues to change. By considering the problem from both individual and community angles, Landau provides an important analysis of one of the nation’s most serious social problems.