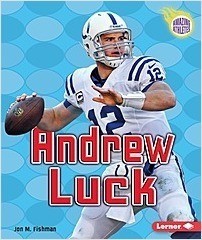 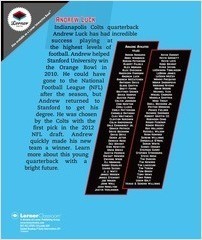 Indianapolis Colts quarterback Andrew Luck has had incredible success playing at the highest levels of football. Andrew helped Stanford University win the Orange Bowl in 2010. He could have gone to the National Football League (NFL) after the season, but Andrew returned to Stanford to get his degree. He was chosen by the Colts with the first pick in the 2012 NFL draft. Andrew quickly made his new team a winner. Learn more about this young quarterback with a bright future.