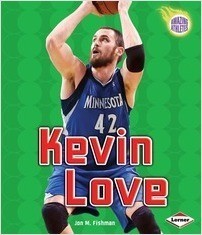 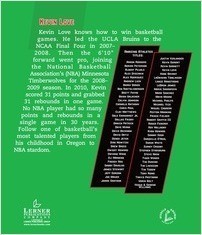 Kevin Love knows how to win basketball games. He led the UCLA Bruins to the NCAA Final Four in 2007-2008. Then the 6’10" forward went pro, joining the National Basketball Association’s (NBA) Minnesota Timberwolves for the 2008-2009 season. In 2010, Kevin scored 31 points and grabbed 31 rebounds in one game. No NBA player had so many points and rebounds in a single game in 30 years. Follow one of basketball’s most talented players from his childhood in Oregon to NBA stardom.