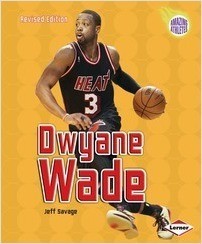 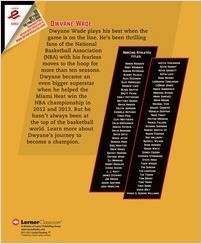 Dwyane Wade plays his best when the game is on the line. He’s been thrilling fans of the National Basketball Association (NBA) with his fearless moves to the hoop for more than ten seasons. Dwyane became an even bigger superstar when he helped the Miami Heat win the NBA championship in 2012 and 2013. But he hasn’t always been at the top of the basketball world. Learn more about Dwyane’s journey to become a champion.