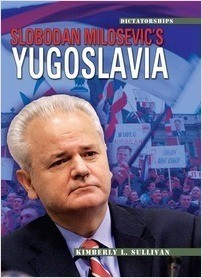 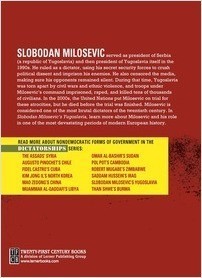 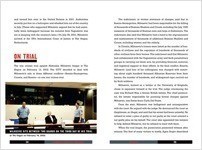 In the 1990s, Slobodan Milosevic served as president of Serbia (a republic of Yugoslavia) and then president of Yugoslavia itself. He ruled as a dictator, using his secret security forces to crush political dissent and imprison his enemies. He also censored the media, making sure his opponents remained silent. During that time, Yugoslavia was torn apart by civil wars and ethnic violence, and troops under Milosevic’s command imprisoned, raped, and killed tens of thousands of civilians. In the 2000s, the United Nations put Milosevic on trial for these atrocities, but he died before the trial was finished. Milosevic is considered one of the most brutal dictators of the twentieth century. In Slobodan Milosevic’s Yugoslavia, learn more about Milosevic and his role in one of the most devastating periods of modern European history.

Kimberly Sullivan enjoys writing both fiction and nonfiction. Her nonfiction books for young adult readers include Muammar al-Qaddafi's Libya and Slobodan Milosevic's Yugoslavia. She holds a Ph.D. in political science and has been a college instructor for 13 years. Kim is a lifelong Illinois resident and currently resides in the Chicago suburbs with her husband, son, and an assortment of formerly stray cats. For more information about Kim's work, including excerpts and some very bad advice for students and aspiring writers, please visit www.KOsbornSullivan.com.