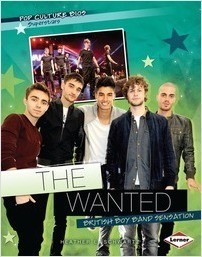 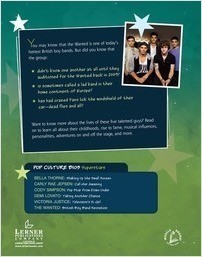 You may know that The Wanted is one of today’s hottest British boy bands. But did you know that the group:
• didn’t know one another at all until they auditioned for The Wanted back in 2009?
• is sometimes called a lad band in their home continent of Europe?
• has had crazed fans lick the windshield of their car—dead flies and all?

Want to know more about the lives of these five talented guys? Read on to learn all about their childhoods, rise to fame, musical influences, personalities, adventures on and off the stage, and more.